Sea Turtle, Inc. is a non-profit 501(C)(3), your contributions are tax deductible. We thank you for your support! 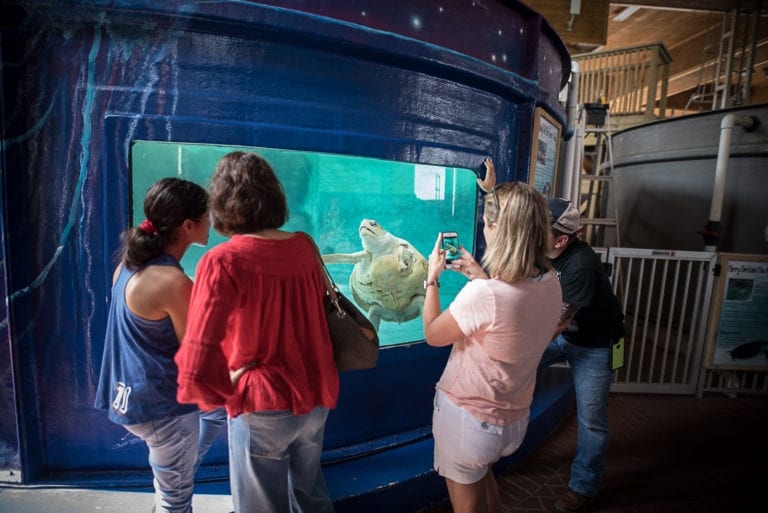 GIVE TO SEA TURTLE, INC.

Thank you for your continued support, every little bit counts!
You can mail your donated items to Sea Turtle, Inc. 6617 Padre Boulevard  South Padre Island, Texas  78597

None of us walk alone. We wish we had room to name each and every supporter.

We realize that every donation is significant.

The Meadows Foundation out of Dallas, TX honored us with a $100,000 grant that will be matched by our anonymous donor and will be used to build our new educational building.

Mario Giocolone , Amanda Dunbar & Stewards of Widlife presented Sea Turtle, Inc. with a $50,000 check at our groundbreaking ceremony in early February 2017. This money was applied to our capital campaign, and doubled by our anonymous donor.

Mr. Travis Mathis of The Brown Foundation out of Houston, TX  donated $36,000 enabling us to purchase a new ATV in 2016.

The Shelton Family Foundation donated $30,000 for a tank in our new educational building. This generous donation was also matched by our anonymous donor.

The P Twenty-One Foundation Joe and Yolanda Ryan donated $20,000 to our capital campaign. This bountiful donation was matched as well.

Chloe Wallace and Keegan Tax were 4th graders who made it their goal to raise money for our turtles. Chloe’s dad, Bryan, told them that if they could raise $10,000, he would match it. The girls did and dad matched. Their efforts were rematched by our anonymous donor and a total of $40,000 was added to our capital campaign! The girls didn’t quit…they are still raising money!

Padre Island Brewing Company here on South Padre Island brewed a special “Kemp’s Ridley Bock” and twenty-five cents of every pint sold was donated to Sea Turtle, Inc.! We’d like to especially thank Mark Hagenmiller, the brewmaster, for his love and support of sea turtles!

Independent Pool & Spa Association (IPPSA) donate their time and money to update our filtration systems. Members of the association travel from as far as Washington State to volunteer two weeks out of each year. Additionally, they put a lot of hours into soliciting donations for the equipment needed!

The Travel Lodge of South Padre Island donated a streaming video feed, camera and the high speed internet to run the camera. This new fantastic device was installed and maintained free of charge by Jerry Wilson of SouthPadreLive.com

The Jeffrey “Yappo” Boruff Memorial Fund donates annually in memory of Jeff who was very active in the Kemp’s ridley bi-national project. These donations go toward intern scholarships.

The Dallas Zoological Society supports us with donations and with work efforts. Last year they painted at our facility and held a beach clean up on our nesting beaches.