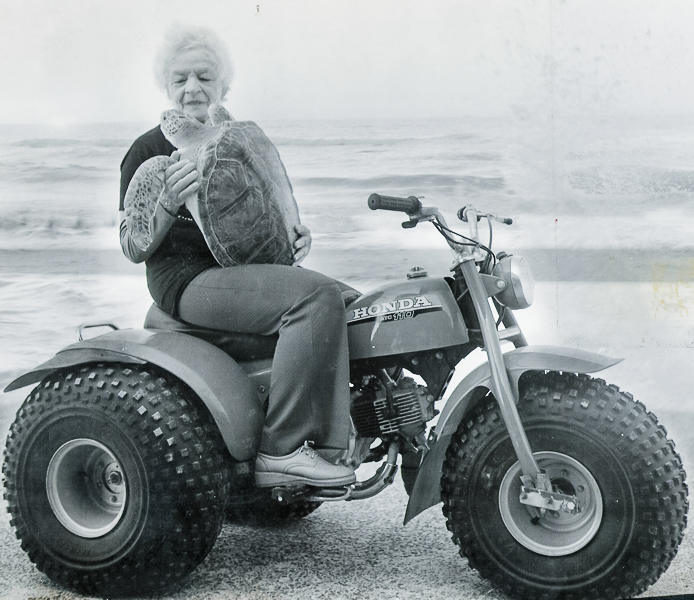 Prior to her fame as “The Turtle Lady of South Padre”, Ila was well known as a pilot. She was the first licensed female pilot in both Iowa and Illinois! She was a contemporary and frequent correspondent of Amelia Earhart as well as one of the original “99’s” (a support group of women pilots organized in 1929).

By 1977, Ila was receiving so many guests into her home that she formed Sea Turtle, Inc. into the present non-profit. The all-volunteer organization assisted her in education and rehab work with sea turtles.

Sea Turtle, Inc. is dependent on donations to fund our mission; we do not receive any government support.

It all started with one woman. Former pilot Ila Fox Loetscher saw the need for the protection of sea turtles.

By 1977, Loetscher formed Sea Turtle, Inc. after years of sharing her love with guests.

Over the years, Loetscher has received notice for her work including trips to The Tonight Show with Johnny Carson and The Late Show with David Letterman.

Volunteers began taking a more prominent role in the operation in 1995 when Ila’s health started to fail. STI relocated to its current location at 6617 Padre Blvd in 1999.

Sadly, Loetscher passed away in 2000, but her legacy lives on in the lives of hundreds of volunteers at Sea Turtle, Inc.

Today, the staff has increased to include a couple of part-time staffers, eleven full-time staffers working under education, conservation rehab and operations. Volunteers are still an integral part of the organization, and our list of volunteers continues to grow.

The organization has grown, which includes purchasing additional land for a new education center. Additionally, STI launched its Kickstarted Capital Campaign with a $1.2 million donation from an anonymous pledge.

A $6 million education facility opened in 2018. Each year, thousands of visitors come to see and learn about sea turtles.

Today the organization is on its final phase of the Capital Campaign. Raising funds to rebuild the original 1999 location into a world class sea turtle hospital. 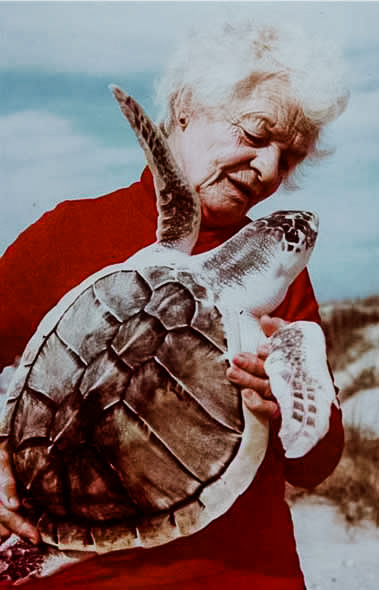 Shop in our gift store to buy gifts for friends and family. This is a great way to support the mission of Sea Turtle, Inc.

Sea Turtle, Inc. is dependent on donations to fund our mission; we do not receive any government support.

Patients depend on us for their lives. Be a part of the journey through patient adoption.