Sea turtles are cold-blooded reptiles, meaning their body temperature is dependent on the temperature of their environment. As colder weather takes hold, water temperature begins to fall.
This drop in temperature causes sea turtles to go into a state of hypothermic shock and wash ashore in different locations, this is known as a “cold stranding event”. Merry Christmas stranded late December in the early 1980s.
In addition to being cold-stunned, Merry exhibited physical abnormalities such as a hump in her shell and misshapen flippers. After reviewing x rays, it was revealed her missing back flipper never developed.
The decision was made not to release her due to the possibility of these traits being genetic. She is non-releasable due to genetic defects. Green sea turtles are a protected species. At that time, they did not want these abnormalities passed on to future hatchlings.
Merry is the only mature female sea turtle resident at our facility. She is very friendly and has been a favorite of visitors for years.

Cold weather generally appears around the holiday season. How did Merry Christmas get her name? She stranded on the beach on Christmas Eve! 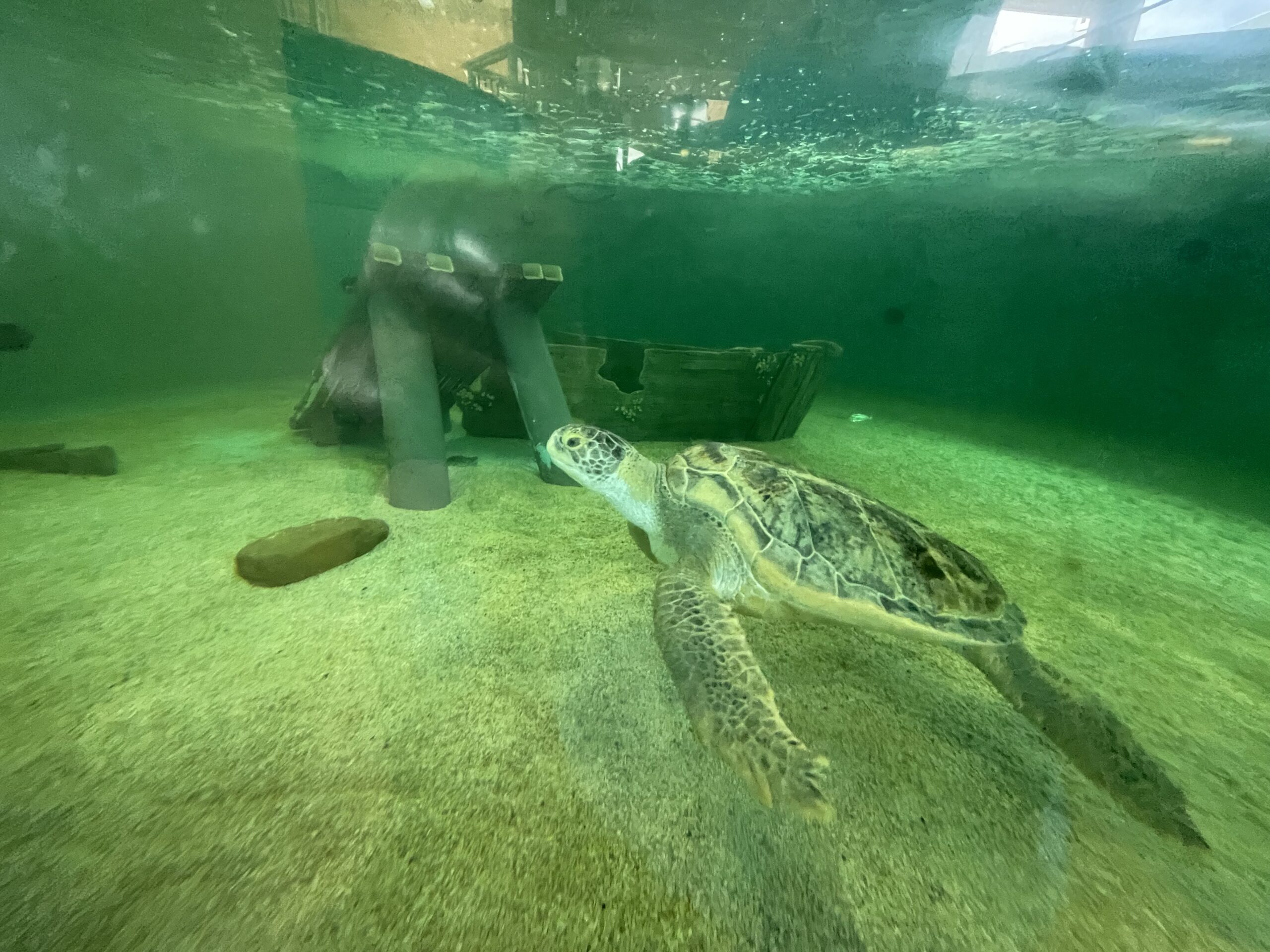