Allison washed up on the beach of South Padre Island on June 16, 2005. She had been attacked by a predator and survived with only one flipper remaining. After successfully rehabilitating from her injuries, she was deemed non-releasable and lived in a shallow water tank– where she was hand fed and mostly swam in circles. Concerned about her quality of life, Sea Turtle, Inc. staff began researching the possibility of creating a successful prosthesis to help Allison swim. Several designs, including a mold of a back flipper, were unsuccessful. In 2009, Sea Turtle, Inc. intern, Tom Wilson, developed the first successful model of Allison’s prosthesis based on the theory of “drag vs. rotation.” This is one of the first successful sea turtle prosthetic devices in the world. Allison has been featured in People Magazine, Discovery Channel, and the Today Show!

Allison’s prosthesis is a long rudder-like fin that provides resistance against the water when she uses her remaining front flipper. It has undergone many changes since the original model, each improving from the last. The current device is designed to clip onto her shell with the ability to adjust as she grows.

In April 2014, Allison was filmed by PBS for a Nature webisode about prosthetics. Take a look to see how far she, and her prosthetic, have come since the previous video!

The green sea turtle (Chelonia mydas), also known as the green turtle, black (sea) turtle or Pacific green turtle, is a species of large sea turtle of the family Cheloniidae. It is the only species in the genus Chelonia. 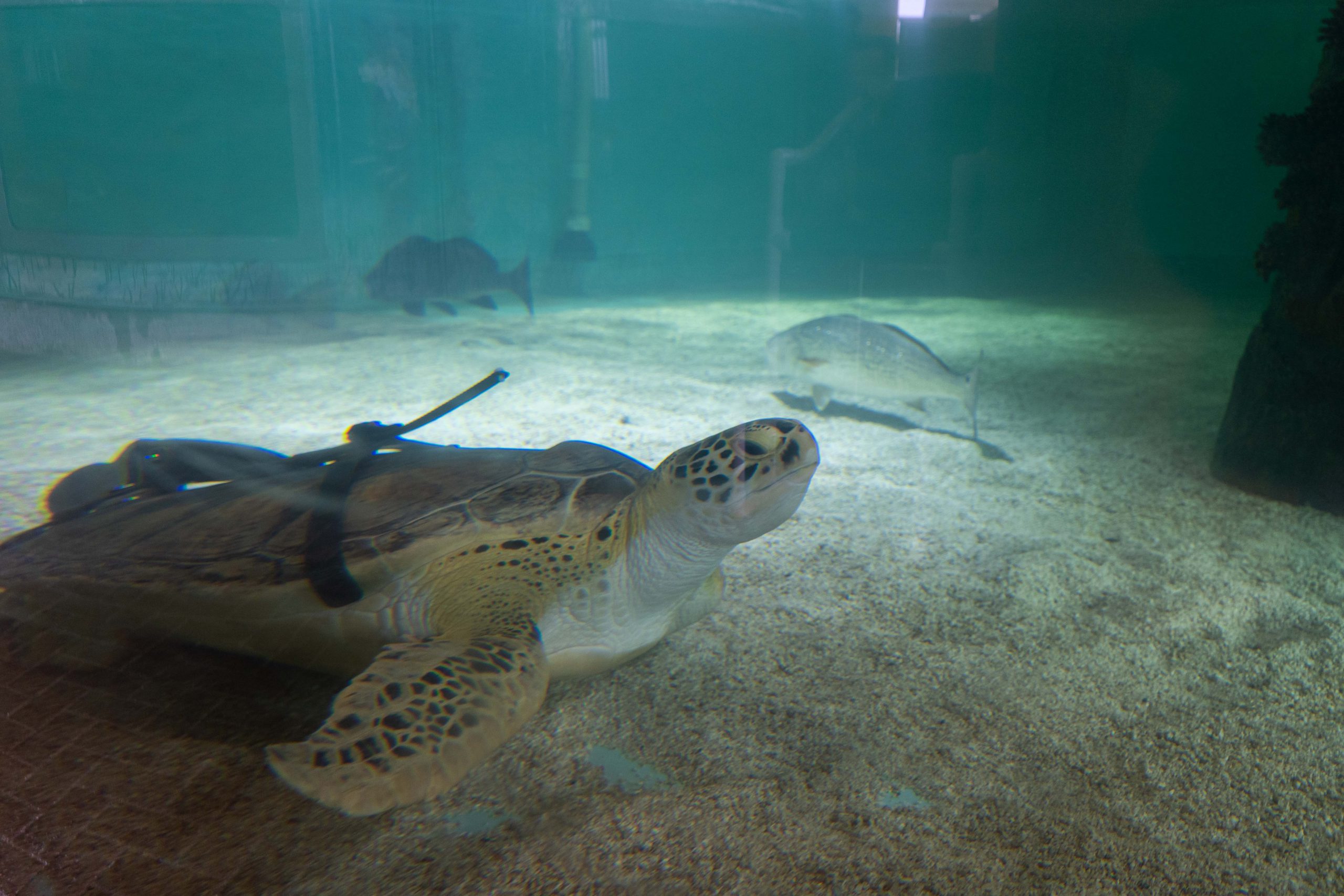